Since I am writing my historical posts in random order, not following the chronological sequence of events, I didn’t write anything about Igor’s childhood. Not trying to squeeze in one paragraph all his first seven-year of life, I will mention here that when Vlad and Anna were born, he was about to turn six and was attending a kindergarten. I already mentioned that the Soviet and later Russian educational system was very different from the American. At Igor’s time, children would start school when they were seven or were going to turn seven in September (some exceptions were allowed). The school would go from the first to the tenth grade, and all educational establishments for children younger than seven were called Kindergartens. In the Soviet Union and during the early years of Russia, there was no private daycare, and all kindergartens were parts of the state educational system. Inside a kindergarten, groups for children under three were called “nursery groups,” three-year olds were attending “junior groups,” four-year-olds – “middle groups,” five-year-olds – ” senior groups,” and six-year-olds – “preparatory groups.” The latter would be an equivalent of the US kindergarten.

Igor had a vision disability, and inclusion was unheard of in the Soviet Union. Starting from the age of two, he attended a specialized kindergarten for children with visual disabilities. I had no choice there, and I was fortunate that one of those kindergartens was situated just seven minutes walk away from our home. We were even luckier that this kindergarten had two groups for children with severe vision disabilities, and when Igor was four, he started to attend one of those groups. That was a real blessing – since there was no inclusion nobody would address his specific needs otherwise.
Next year, he had to start school. Once again, since there was no inclusion, he had to go to one of two boarding schools for children with visual disabilities. Luckily for us, that school was undergoing some repairs- remodeling, and the dorms were closed. That meant that for the time being, all students had to go home for the night.

END_OF_DOCUMENT_TOKEN_TO_BE_REPLACED

I was telling about the University boarding house here, and for the next four summers, we would follow the same routine – staying there for two three-week sessions. It was all the same no hot water and tons of cockroaches situation, but since my living conditions in the city did not improve, it still worked great for me.

After I was fired from Urbansoft, I never had a stable source of income. The University paid close to nothing, and all the gigs were just gigs, but I was always ready for some extra work – more work meant more money. Thereby, even though I had four weeks of paid vacation in the University (and in any case attendance was optional), I had to take extra work whenever an opportunity would present itself.

The gigs tend to appear at a most inconvenient time, such as when I was about to go to the University boarding house, or when I just moved there. It would mean I have no time to relax, and that I have to craft a way to work without any equipment.

Fortunately for me, half a dozen teenage girls who stayed in the same boarding house loved Vlad and Anna and didn’t mind being a collective babysitter. Most of the gigs I had at that time involved technical writing. I had decent English, good enough to write User Guides, Helps, and How-to manuals. At one point, Boris was contracting for an Italian entrepreneur Dr. Conrad (I have no idea what kind of a Doctor he was). They were developing an HTML-editing tool called HighDoc, and I wrote all documentation for it.

There was a verbal-agreed pay for each portion of that work, and Dr. Conrad would bring payments in cash (in US dollars) when he came to Russia. He always tried to delay payments as long as possible, and I had these cinema-featured Italian arguments with him, yelling and pleading. And not just me, all people who worked for him did the same. The last project I did with him was so interesting that it requires a separate blog post. But now we were in summer 1994, and Vlad and Anna were two months shy of being three, and Igor was almost nine.

I still didn’t own a camera and didn’t take any pictures. Only when Boris came with his camera, we would get some. So all the pictures below show one day when we went for a long “hike” to the Old Peterhoff park.

END_OF_DOCUMENT_TOKEN_TO_BE_REPLACED

I am not coming to Chicago anymore, and it will be a while until I will be able to come. I never took Chicago for granted, and used to be overjoyed each and single time I step out of the train station into the city…

I know it is safer to live in the suburbs these days. And I know that these days a city is not what it used to be. Igor took some pictures of Chicago on quarantine, and I am going to paste some of them below (and I have no idea how to make them bigger!)

END_OF_DOCUMENT_TOKEN_TO_BE_REPLACED

On Friday, after I called my eye doctor, then next thought which occurred to me was thought about Igor’s moving to the new place. At the end of February, Igor received a note that the lease on his apartment id not going to be renewed. For historical accuracy, I have to mention that the level of hoarding was unacceptable by his landlord standards. We all had a couple of weeks of worries, mostly because we were wondering whether his current landlord will give him a bad reference. I offered to co-sign, and he secured one place in Rogers Park. A couple of days later, it turned out that another place approved him as well, but he already signed with this Rogers Park place.

I gave him a hard time about signing the new lease starting from March 15, because it meant paying for an extra two weeks. He was not ready to move on the 15th anyway, and Vlad told him he would help him to move on the 22nd.

END_OF_DOCUMENT_TOKEN_TO_BE_REPLACED

Last week, Igor’s article about the measures which Metra is going to take to reduce the number of fare evasions, was published in Streetblog Chicago.

I liked the article (and hopefully you will like it, too) but what is more interesting – somebody else enjoyed it as well!

Igor and his editor received an email from the Metrarail representative, who said:

Igor’s article about our fare issues was the most accurate and thorough job of any reporter who wrote about this. We appreciate Streetsblog spending the time and devoting the space to putting everything in context and explaining the pros and cons.

On Friday, my Mom turned 85. I started to think about how we will celebrate that day way-way in advance.

Most of the time when somebody is celebrating the 85th birthday, there are lots of friends and family members who can take part in the celebration. But Mom immigrated to the US less than two years ago. Moreover, she is extremely reluctant to develop new connections, and she firmly believes that she does not understand people around her. There are very few of my friends with whom she interacts on a more or less regular basis

I knew that an essential part would be having all grandchildren there, and because of that, everything depended on Vlad’s schedule. First, he said he will be able to do Saturday, but turned out that January 11 was going to be his first day back to work after nine days off. He suggested that we do Friday night, and I said it had to be in Palatine. After all, it turned out great, because it was easier for everybody, including Anna.

It was almost a surprise party for Mom. I told her that we would do “something” for her birthday and that she should be ready by 5-30. She did not know until the very last moment, that all of her grandchildren and her great-granddaughter will be there.

END_OF_DOCUMENT_TOKEN_TO_BE_REPLACED

Sharing my older son’s article about public transportation in Chicago and New York. 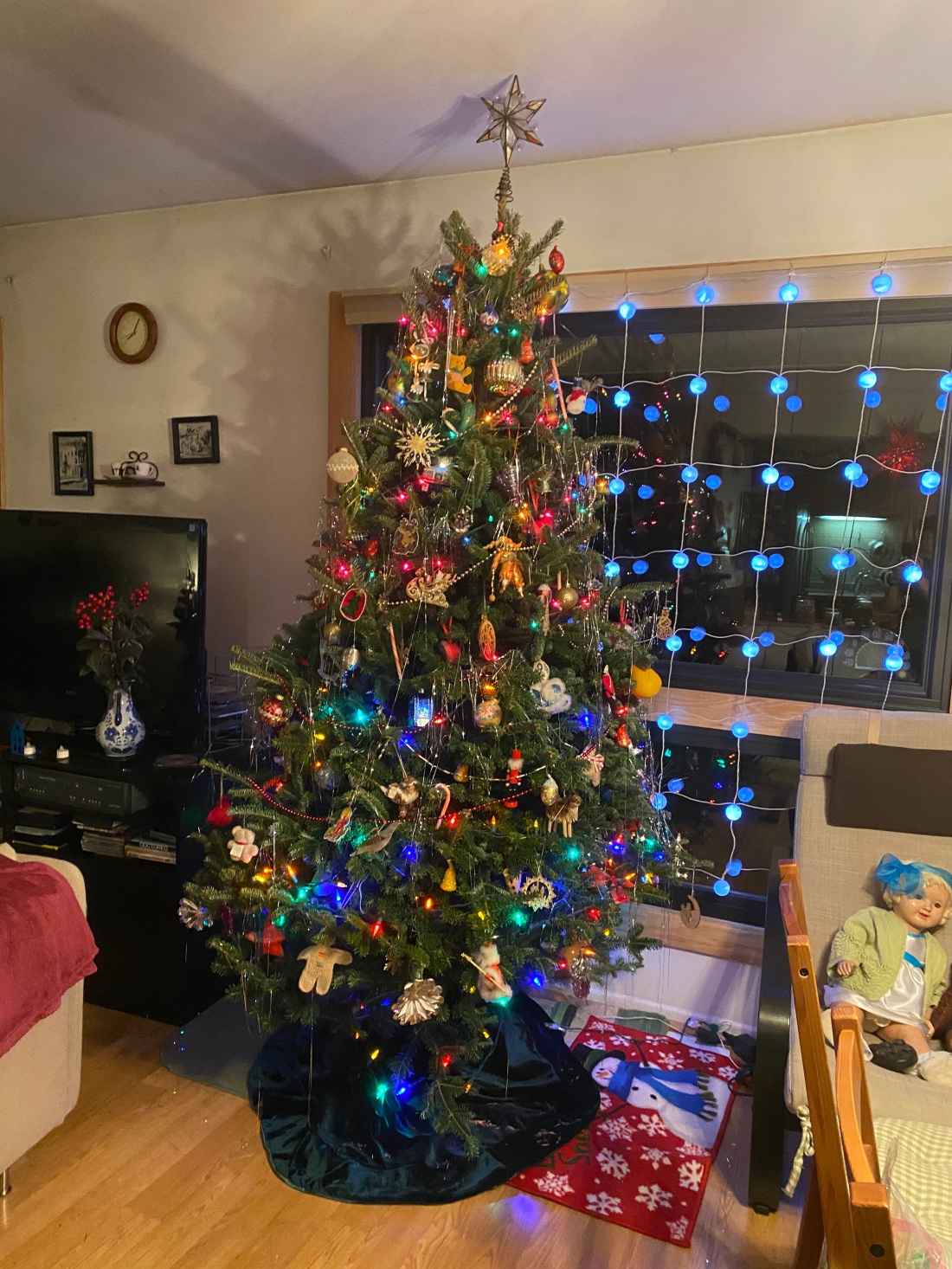 It was a while ago when Igor introduced me to the Indiana Dunes, and since then we are trying to visit it at least once each summer. These trips are very special to both of us, which is why Igor bought this Christmas ornament for me. He bought it in summer 2018, managing to hide it from me on our way back to Chicago, delivering it safely to his home, and then five months later – to Anna’s home where we all celebrated Christmas.

This ornament made in from Indiana to Illinois, from Ilinois to Wisconsin, from Wisconsin back to Illinois – and then I dropped it on the floor in my house, and it broke!
Can you imagine how I felt? I suppose you can!

I told Igor we will fix it, I promise. So in summer 2019, when we were at the Indiana Dunes, we went to the same store and asked them whether they still have these ornaments, and they did! I purchased one because it was the thought that was important, and made sure to deliver it home safely, and now it takes it’s happy place o the tree!

My older son birthday is on September 28, and my twins birthday is on August 23. And since for the past ten years it was challenging to get everybody together in one place, we stopped trying to do it twice, and ended up having one big “combined” birthday. This year the day was September 22 – we had the most lovely brunch at Maison Parisienne in Lakeview.

END_OF_DOCUMENT_TOKEN_TO_BE_REPLACED 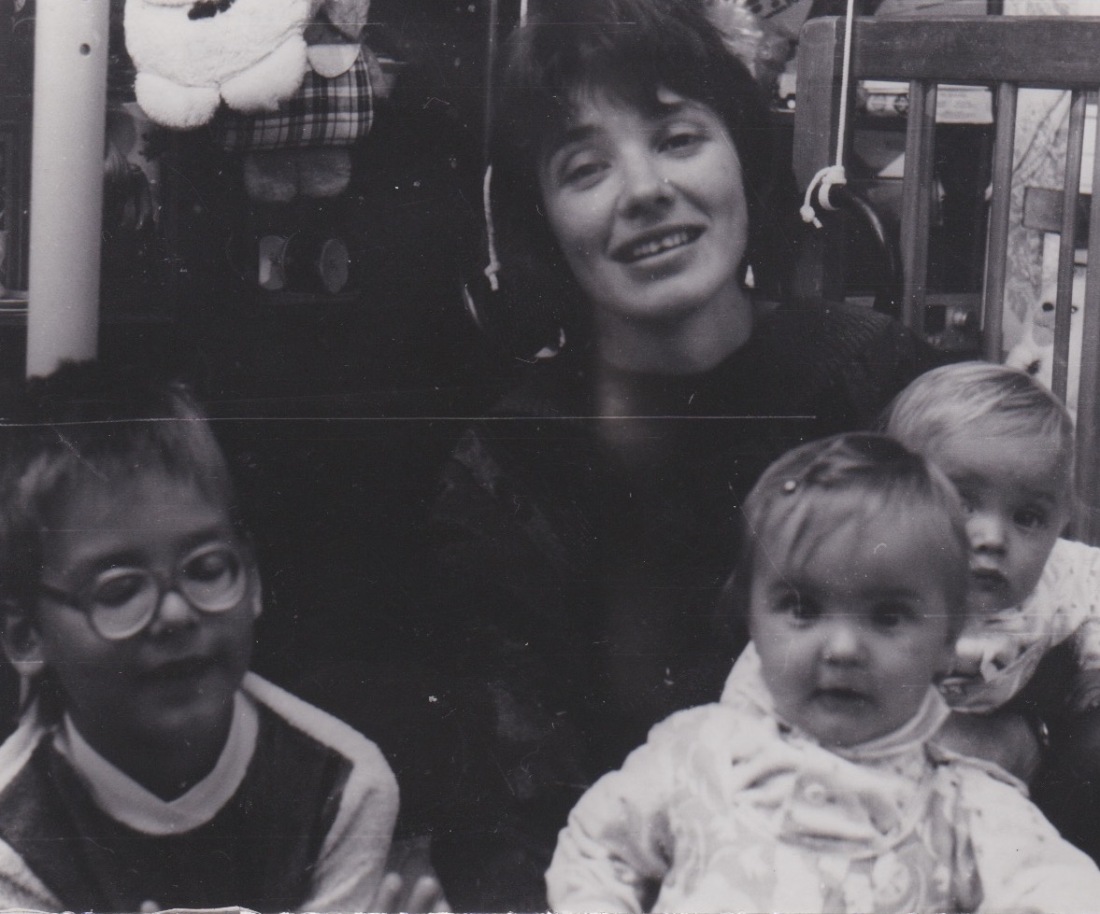 In August 1992 Vlad and Anna turned one and had their first birthday.

END_OF_DOCUMENT_TOKEN_TO_BE_REPLACED

writing a collection of souvenirs

with our thoughts, we make the world ॐ

Stories and photos from Scotland

Lyssy in the City

"Hold the vision, trust the process"

danventuretravels.wordpress.com/
Blissfulbritt
My Meals are on Wheels

Self Care and Enjoying Motherhood

I hope that someone sees this page and decides not to give up...

................... for lovers of ice cream. Your free on line magazine for sweet frozen treats. Recipes, inspiration, artisanal ideas for your delectation.

Simplicity in food and travel