Almost like the year 2021, my birthday turned more eventful than I would like it. I only slept for 3.5 hours the night before because I needed to finish a report (I had to present it to the customer at 10 AM the following day). A coworker told me that he would help me to process the raw data (the program which should be doing it ended with unexplained errors), and then he didn’t. After I realized that I wouldn’t get any help and I would need to process the data manually, I could not get to the task right away. I had two medical appointments to which I had to take my mom, and then I had Chicago PUG. So I started at 8:30 PM, worked till 1 AM, slept until 4:30, and then continued.

On top of it, it turned out that I had a COVID contact over the weekend, and then I had an unexpected day of fatigue on Monday, which under the circumstances could be interpreted as COVID. So it was home testing, frantic talks with Boris about whether I should exchange my ticket, looking for a testing site nearby (and I had zero time for all of that – see the previous paragraph).

I had a great meeting with a client, went to COVID test, got a negative result, shared with Boris, and then instead of going to sleep, when to the EuroAsia restaurant with Igor and Mom to celebrate my birthday.

The only thing I can think of now is sleeping, and wishing that not the whole year will be like that!

Can you imagine how I feel about this???

They will be all in town on Sunday, and that’s when we will celebrate their Big Birthday. I will hold off with the lengthy post till then – I want to add the most recent pictures. However, I posted about their birthday on the Instagram, because I wanted to mark the actual day, and here is a copy of that post:

There are nine pictures to scroll 🙂 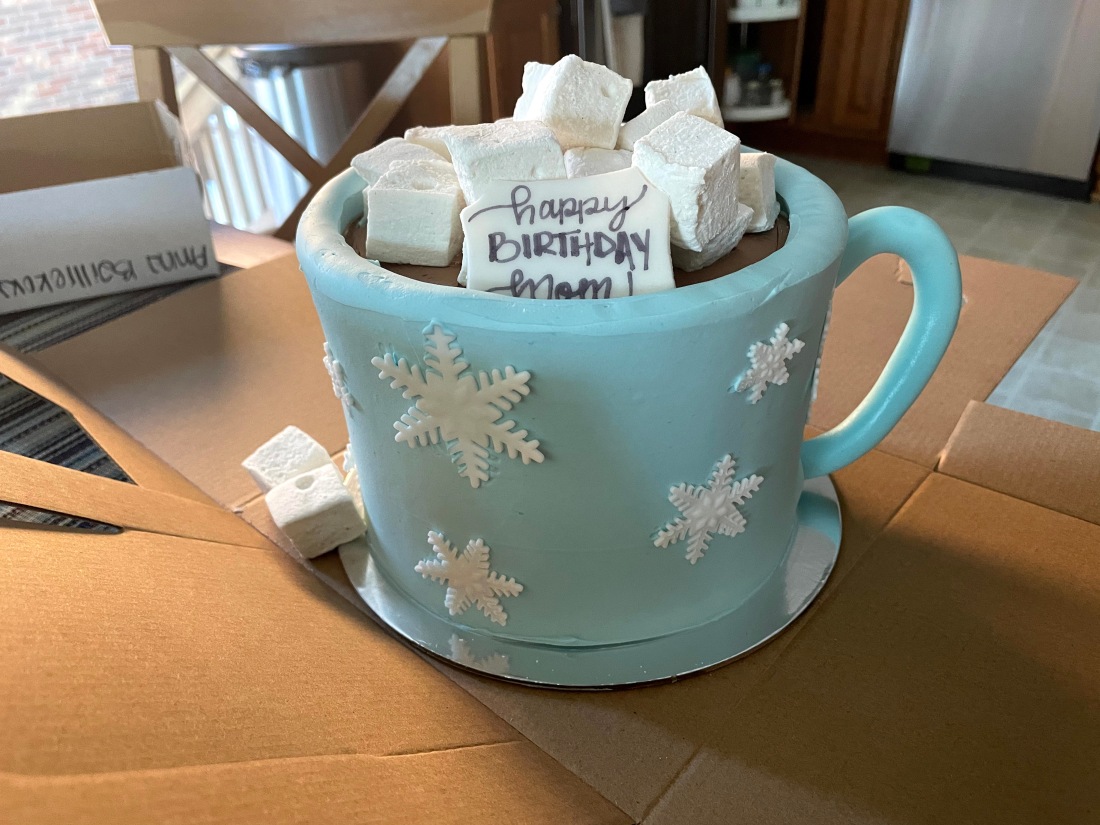 As it turned out, Vlad and Anna were planning to deliver a specially ordered cake for me on my actual birthday. When I told Anna that I will be in the city on that day, partially because I need to pick up my inauguration day order from Vanille Chicago, they had to change their plans. Anna canceled their order in an attempt to move it to Wednesday, but by that time, they were overbooked for the inauguration day :).

After all, it was not that bad because I (with mom’s help) was more than half done with the pie.

On Friday, when I was sitting working, my door opened, and Vlad delivered a cake. And let me tell you – it was something! It was just great; I have nothing else to add! Yes, it was huge, and it might look completely unpractical, but that was just right! I was in such need of an unpractical, fabulously looking present, and the one I would never get for myself 🙂 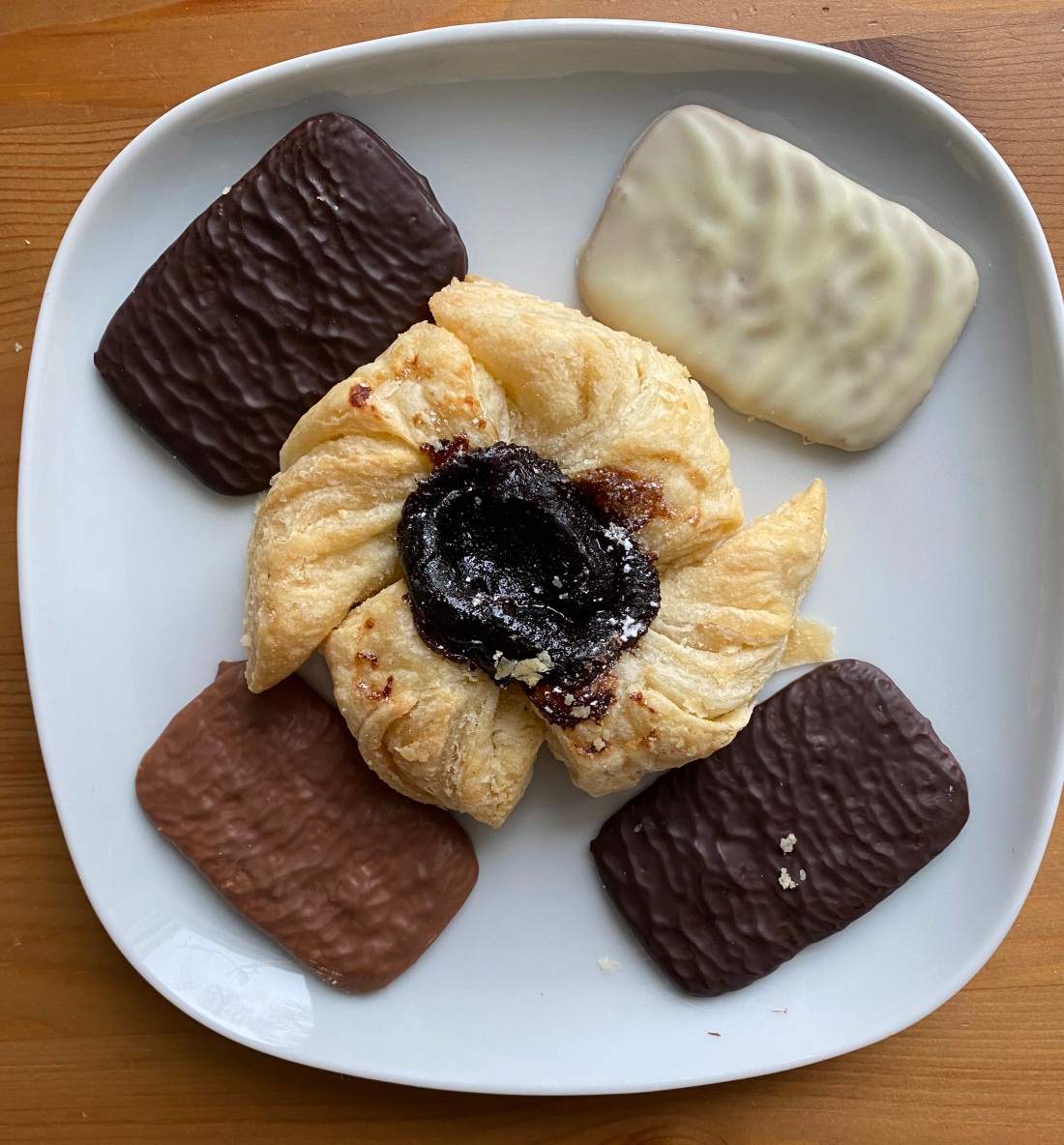 It was great, even though you might think it is impossible in the time of pandemic with everybody being remote.

It started with this picture I received from Boris at 4-35 in the morning (that’s when I wake up, and he knows :)). And since he is not sentimental at all, I liked it even more 🙂

Today was my office day. I didn’t have breakfast at home (I only took a small container of fresh-cut fruit with me) because I had a Starbuck birthday reward, which I planned to use. Unfortunately, the Starbucks at the Palatine Train Station closed for good (which breaks my heart!). But with the new train schedule, I take an early express, so I ate my breakfast at the city’s train station.

END_OF_DOCUMENT_TOKEN_TO_BE_REPLACED

Today is Igor’s birthday, and it’s hard to believe that he is thirty-five. I can’t even describe how proud I am of all the things he achieved in life. He faced way more challenges than Vlad and Anna, not the least one being a first-born for the 22 years old mother. But here he is. A kind and compassionate person. An accomplished professional. A cancer survivor. A person who stands for his views and beliefs. Happy birthday @igorstudenkov!

My birthday was on Saturday, and I spent most of it in transit. Started it with a birthday breakfast of hot-smoked salmon sandwich on rye bread at the Vantaa airport and then boarded a flight to Frankfurt. That flight and the subsequent flight to Limassol were extremely uneventful, being operated by Lufthansa :).

I didn’t know that we have to cross the border going to Cyprus. Cyprus is an EU member, but not a part of the Schengen agreement. However, they acknowledge Schengen visas, so it works at least one way :).

Upon arrival, we met our driver (we had a prearranged transportation to our hotel) and got into the car. Once again, I didn’t know that Cyprus had left-side traffic, so you have to be super careful. The highway from the airport was one-way, and the reverse route was not visible. Citing my surprise that nobody asked us at the border, how long we are going to stay, Boris joked that that’s because there is no way out anyway :).

This time of the year is off-season on Cyprus, so hotels are dirt-chip, and the first two days it was raining. We won’t do much sightseeing anyway, because it falls dark right after five. But here is the view from our room 🙂

I also managed to get an hour in the gym, hence I have my usual in-the-gym birthday picture: 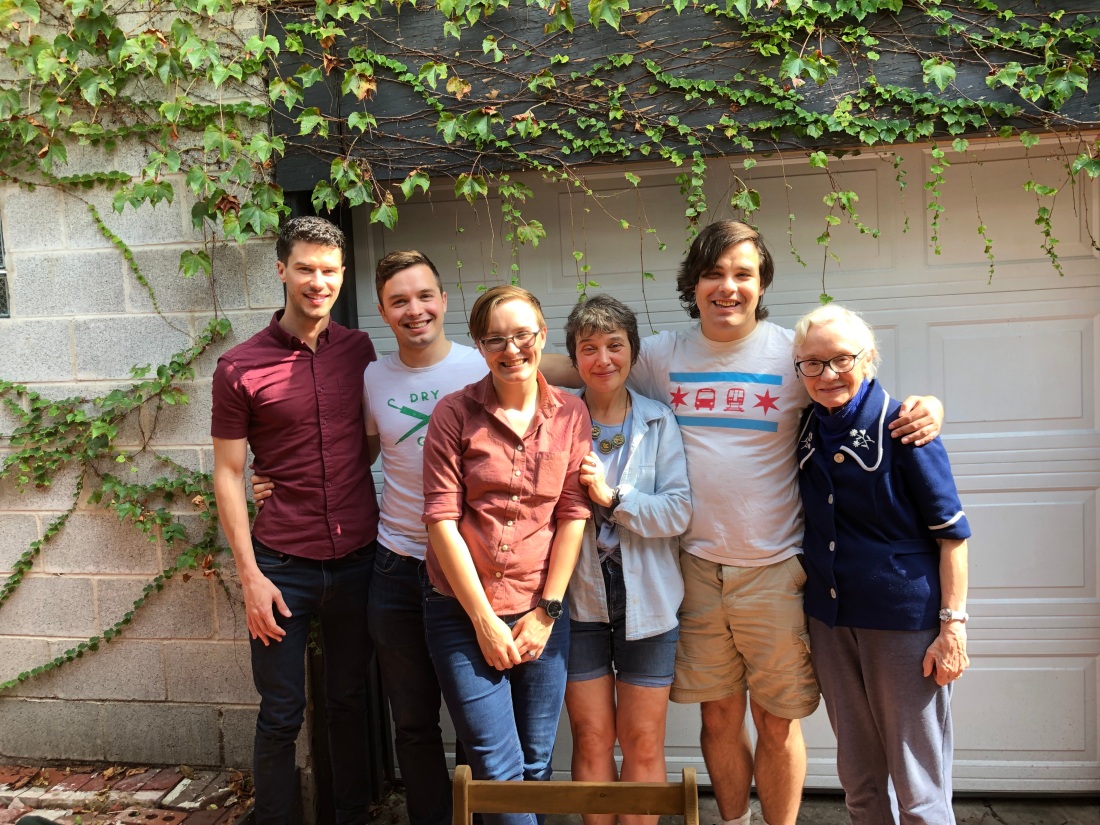 My older son birthday is on September 28, and my twins birthday is on August 23. And since for the past ten years it was challenging to get everybody together in one place, we stopped trying to do it twice, and ended up having one big “combined” birthday. This year the day was September 22 – we had the most lovely brunch at Maison Parisienne in Lakeview.

END_OF_DOCUMENT_TOKEN_TO_BE_REPLACED

Today my granddaughter Nadia turned two. We celebrated her birthday on Sunday in Madison, Wisconsin. The guests were just her closest relatives and closest friends, but it was still a little bit overwhelming for a two-year-old. Anna created an airplane birthday cake, which took a lot of designing and planning, and lots of decorating effort.

After all the presents were opened and enjoyed, my daughter, Anna gave a short speech, in which she said that she is so thankful that through all two years of Nadia’s life there was not a moment, when she wasn’t loved and taken care of. And that she, Anna, is thankful for that.

That was one of many recent moments when I thought to myself: how fortunate it is that I decided to go to America twenty-three years ago! How lucky Anna is that she came along! How fortunate Nadia is that she was born to such a loving family, with so many relatives adoring her. And how this all might never happen, and I wouldn’t even know that something had not happened!