Back in April 13, I covered a panel that tackled how the COVID-19 pandemic affected majority-black communities. This was around the time that the broader Chicago was starting to catch on to the fact that African-Americans were getting sick and dying at larger rates. As someone who’s written at length about issues with access to healthcare on Chicago’s West Side, how the fact that the area has several hospitals but not much in the way of doctors who can treat patients on day-to-day basis, how shortage of grocery stores makes it harder to get fruits and vegetables, how greater stress and less access to healthcare make for a terrible combination, how people who have to choose between going to work and going to a doctor would usually choose work, the not entirely unwarranted belief that white doctors don’t take them seriously….For me, the fact that COVID-19 was hurting those communities more wasn’t really a surprise, but apparently, it surprised a lot of people.

The article was supposed to go into the April 22 issue of Austin Weekly News. As of this writing, it hasn’t been published, and I’m not sure it ever will be – so I decided to put in here, while it’s still relevant. 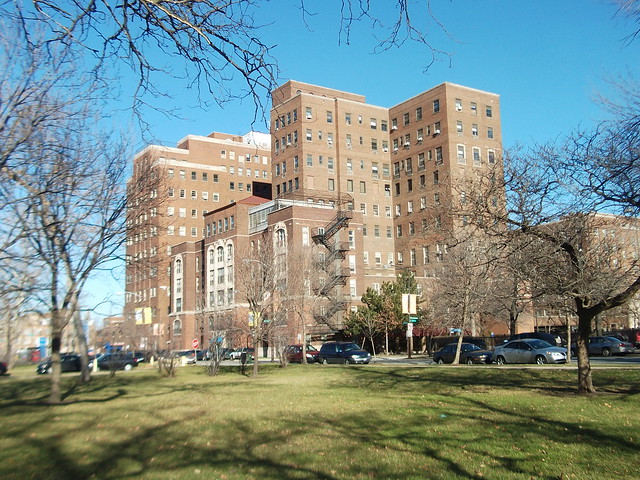 The panelists emphasized that COVID-19 has been hitting black communities particularly hard because of existing issues, especially disparities in healthcare access. The fact that many African-Americans on the South and West sides work jobs that require them to be near people doesn’t help. But the pandemic also meant opportunities to not only address those issues, but create jobs that would help the community.

The panelists made no bones about the fact that all the pandemic did was highlight the disparities that were already there.

“Just putting it in simple terms, we’re already stressed out, before COVID got here,” Epting said. “And we find ourselves in an even higher rate of anxiety, when it comes to protecting ourselves the best way they know how.”

“Until we can address these structural and social determinates of health, if something else happens 5-10 years from now, God forbid, and we haven’t change those barriers [history will repeat itself],” Boyd said.

And they highlighted the fact that, given how many people in the community work jobs that require regular contact with people – such as working as a cashier at a grocery store, or driving a bus – so they face greater risk of getting infected.

“They want to be respectful of what’s coming out of the Mayor and the Governor, and most of them can’t, and that’s the greater frustration,” Epting said.

There’s also the fact that the social distancing has been a challenge for cultural reasons, since its fundamentally different from the way African-American community tends to respond to crises.

“We are huggers, we see people and we want them to know we’re okay – that’s just part of our cultural makeup,” Epting said. “Social distancing is something that has to be learned, and I feel like it needs to be learned over time.”

Murray felt that the terminology throws people off, since it implies that people can’t be social. She felt that ‘physical distancing’ would get across what they should do much better.

“We’re trying to practice physical distancing, so we don’t spread the virus,” Murray said. “I think we need to be socially coming together.”

There were ways to socialize while still reducing risk of infections – whether it’s by talkiing online or simply keeping their distance – but those bonds are important.

Another issue that came up is how the issue play out in broader media, with Murray specifically calling it out as racism.

“What was surprising was how unaware the general media and the public might be about how disparate impact [the would have in the communities of color,” she said. “And I even heard some people say it might be genetic.”

Racist assumptions like that could make people think that African-Americans are carriers, Murray said – so the community needs to speak out against racism and continue pushing accurate information.

Murray felt that conversations about black youth hanging out during the pandemic were racially tinged.

Hightower also raised concerns that black men may not want to wear face masks, because “mask-wearing for minorities, mainly black men, may have unintended social consequences.”

Murray said that, while the mask may offer some protection, it’s main purpose is to protect others. The issue with COVID-19, she said, has been that many people get infected and recover without showing symptoms, but they wind up unknowingly infecting others in the process.

When asked what they could do to reduce the infections, Boyd said that washing hands and using hand sanitizer or rubbing alcohol would remove the virus. But people shouldn’t use bleach, even if it’s dissolved in water – after all, she emphasized, that’s still bleach.

Boyd noted that people in the community tend to use emergency rooms as go-to treatment for any kind of medical issues – which isn’t going to work during a pandemic. She said that she would like to see is the expansion of telehealth – doctors contacting patients via video link – for less urgent cases. And generally speaking, she urged residents to be conscious of people in their households who have higher risk of getting sick – people with chronic illnesses and the elderly.

Another thing Boyd wanted to see was testing sites in the community.

“We shouldn’t have to take multiple buses to get tested,” she said. “Have it at the post office, have it somewhere where you [don’t need to] drive to get it.”

Murray emphasized that, if people do catch the virus, they shouldn’t feel like it’s their fault. And, with all the rumors going around about cures, she suggested following a simple rule – if it would sound dangerous under normal circumstances, it won’t help you.

“Don’t drink bleach,” Murray admonished. “Don’t do anything that sounds like it’s going to make you sick.”

“I’m going to go on record and say – don’t listen to the president about what you should be doing to take care of yourselves,” Boyd said.

And Murray said that, ultimately, the pandemic can be an opportunity the black community. Containing COVID-19 requires aggressive testing and aggressive “contact tracing” – figuring out who the infected people interacted with in order to try to isolate everyone who is sick – and that requires hiring people.

“We can train someone within a month or two to do contact tracing,” Murray said. “So we need to demand that, and we need to start it in our community.”

The panelists also agreed that the pandemic was a good opportunity to push for changes.

“This is something we have to demand, because the resources will need to be provided to those communities that are suffering the most,” Boyd said.

And, while emphasizing they had a long road ahead, the panel closed with a message of hope.